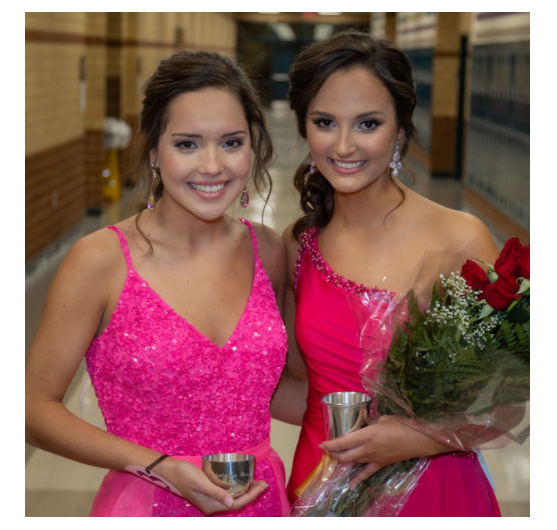 How was the night of the pageant?

The night of the pageant was so exciting because it was the first big event other than sports that we were able to have. All of the girls were so nervous but excited and it was so much fun to spend time backstage with my classmates. Once we arrived, it was very fast paced which was good for the nerves!

Do you feel part of the Greer tradition?

I definitely feel a part of this honored tradition. Growing up, I always loved attending the pageant to see all of the teen girls walk the stage. It felt so surreal to be in the pageant each year. Especially being on the yearbook staff and seeing our wall of past Miss Le Flambeaus dating back to the 30s, I feel so honored to be a part of such a special Greer tradition.

What makes you proud to be a part of the Le Flambeau and Greer community?

What answer to the judge’s question were you most proud of?

The onstage questions were completely on the spot so that can be such a nerve-racking moment. I was very proud that I was able to give an honest, “Ella Kate” answer under the pressure of giving a “pageant girl answer.” I was asked what celebrity I would want to have dinner with and my answer was Justin Timberlake so I could ask to be a backup dancer on his next world tour.

What advice would you give to future Le Flambeau contestants?

My advice to future Le Flam contestants is to relax and enjoy your night. The pageant is so much fun, but it is easy to get lost in nerves and miss the fun. I would give anything for one more pageant night, so soak up the fun high school memories.

Be sure to support the girls in Miss Greer High School this weekend!