Contemporary Greer and Their Politics 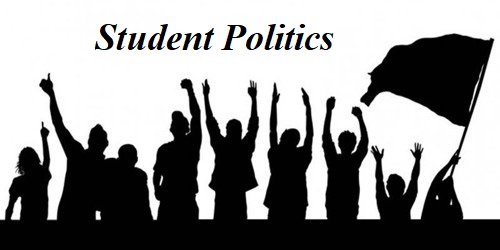 Social media has been a pivotal tool in recruiting youths into politics, so how does Greer stack up?  This past week I interviewed students on certain issues ranging from president-elect Joe Biden to Kanye West.  Their answers may surprise you based on Greer’s geography and the conservative attitudes of the apparent majority.

First, I asked students who they had or would vote for in the past election.  The majority of the kids said Joe Biden.  There was a consensus that despite a better alignment with third party candidates, Jo Jorgeson and Howie Hawkins, none claimed either as candidates they would vote for.  One student aligned with the Green party described Hawkins as “not a serious candidate” and another libertarian student described Jo Jorgenson as “unviable.”

This led me down a rabbit hole.  It feels that every other day, I confide my frustrations with both parties.  For me, the republicans represent everything good for the upper class and terrible for lower classes.  Even worse is their propaganda talents.  My gripes with liberals however start and end with their relation to republicans.  While I attempt to combat this scourge of neoconservatism in my contemporaries, my position as a leftist is cast aside since the existence of liberalism in modern America is reliant on occupying the sole opposition to republicanism.  Nevertheless, I needed to hear my peers’ perspectives.

My peers and I agreed on some aspects.  We both understand the similar convictions both the Republican and Democratic party lack when compared with the voters themselves.  Yet each student shares a cynicism with one another.  The change in electoral politics to better represent the voters’ values is impractical to these students.

Following this vain, I asked for their thoughts on the electoral college.  Despite the more progressive positions they held in comparison to previous Greer students, I was surprised to learn about their reluctance to outright abolish the electoral college, an idea often discussed and campaigned on by Elizabeth Warren.  I was given the same vague liberal idea of “balance” when it comes to politics.  It seems that not even US history students know what the electoral college is for.

As I continued the interview I got more of the liberal ideas I had grown accustomed to in my family.  Whether you view their opinions as generic or safe, it is still a testament to the conditions high school students are raised under to give them a more progressive perspective despite living in a red state.