Stereotypes? I Think Not 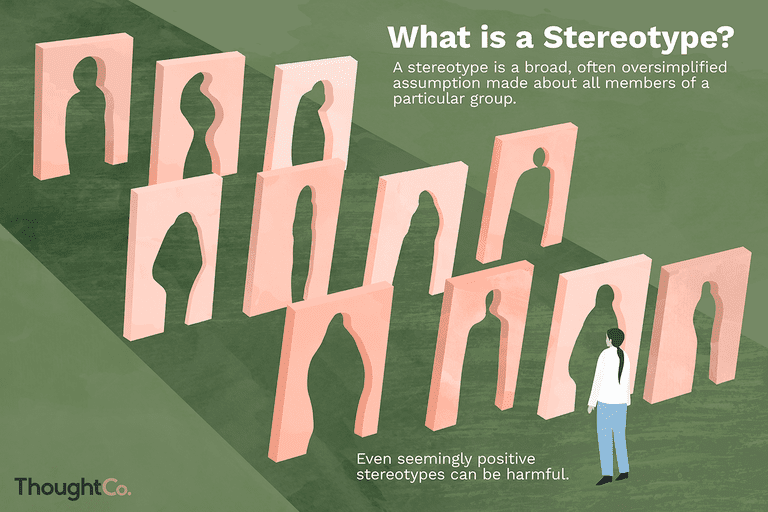 Stereotypes are shown in every form of media there is. It’s on Tv, in the news, and throughout books. These judgements include gender roles, rich people, cultures, “outsiders,” older people, etc.  I feel like stereotypes could have positive or negative effects on the world or on the people being stereotyped.

For example, there is a large stereotype around males and females and their roles in society. If someone is put into this stereotype, it could have a very negative connotation about that person no matter what gender they are. It could make a male seem like a jerk or make a female look weak when that may not be the case. A stereotype about an individual gives the opposite impression then a judgment about gender roles. Instead of “females rely on males,” it’s more about “I can do anything by myself.” One action, belief, or thought does not mean someone should be considered part of a stereotype.

Any stereotype can be positive or negative, it just depends on the person’s perspective. I personally don’t like to be labelled and I don’t like to be put into categories. I feel as if I am my own person and I may have some similarities with people, but I should not be put in a category because of how I grew up, how I act, or how I look.