Out with the Old and in with the New: Winter Sports Edition 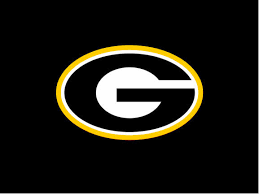 Mazzie Drummond, the girl’s basketball head coach, had a few very interesting points to talk about for the upcoming girls basketball season season. To get ready for this upcoming season, they just finished tryouts, which means they have moved onto conditioning and team chemistry. Their first scrimmage was on Tuesday, November 12th, at Greer High School against Rock Hill and Newberry. A few players have been lost since last year, but a lot of players are returning, as well as younger girls who will be playing up on varsity. The games that they are most excited for is their 2 tournaments in December. One of them will be hosted in Rock Hill while the other will be in Columbia.

Greg Miller, the head coach for boys basketball said that he and his team have been conditioning and practicing for about 3 weeks now, in preparation to this upcoming season. They now have their final team, so they’re starting to work on overall strategies and schemes. They did not lose a lot of players, and a good bit of their line-up is returners. The most exciting game for him will be their first game against Byrnes on December 3rd. This will be a home game, and we would love for everyone to come out!