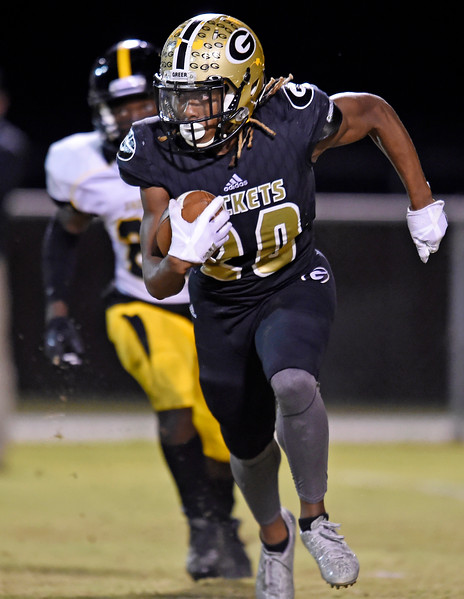 [GWINN DAVIS / for the Spartanbu

Greer is set to take on the Union County Yellow Jackets in what is known as the “Jacket Bowl” this Friday, September 20th. Last year, the Jacket Bowl was a positive game for Greer, ending with 35 more points than their opponents. The score was 42-7 in favor of Greer after the dust settled on Dooley Field.

Even with a record of 1-3, the Greer Jackets are not giving up, continuing to practice hard this week in preparation for Union. When asked how the team is doing after their loss to Mauldin and in preparation for Union, senior offensive tackle Erik Garret stated, “We are having a good week of practice, personally I have had a lot of things I had to work on and still do going into this Wednesday practice.”

Defensive line coach Raashad Jackson said “the team is upbeat, regaining focus, and preparing for situations they know they can handle. They are also continuing to stay positive and not listening to the naysayers.” There has been a lot of tension in the community due to the team’s performance, but the Greer Yellow Jackets are unaffected and are working hard to better themselves.

Erik Garret stated, “Senior leadership definitely pumps us up.” This is an important thing for the players because it keeps the morale high. In light of a 1-3 record, confidence is key to the Jackets coming back this season. The team is hoping to have a similar outcome to last year’s Jacket Bowl on Friday night, a win for Greer.