A Not So New Teacher and Coach; Coach Smith Comes Back to Greer 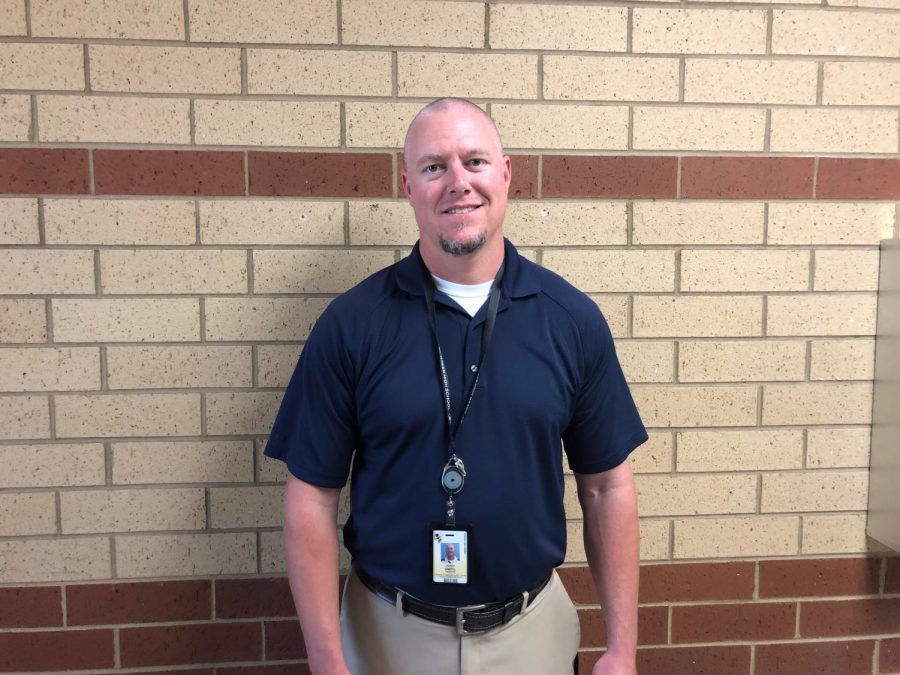 Coach Smith gets ready for his next class

Greer’s new PE teacher and baseball coach is a familiar face around the Greer halls.  Coach Smith is a Greer alumni and former player for Greer’s baseball team working his dream job.  Coming off of teaching and coaching for Powdersville for eight years, he can not wait to get started with our physical education and baseball programs.  Smith praised his first weeks at Greer, describing the helpful staff, wonderful students, and familiar scenery from his years in high school.

Smith then spoke about his plans for Greer’s baseball program.  After coaching at Powdersville for eight years, he and his former team saw some success.  Under Smith, the brand new school won two region championships, two district championships, and won upper state two years in a row.  With a new school and team, Smith leaves quite the impressive record. His plans for Greer is to build off of what coach Landreth constructed last season, and hopefully get some championships under their belt.